Reflections: The Year That Was

Reflections: The Year That Was

I have always been convinced of the practical merits of elliptic curve cryptography (ECC). It has been immensely gratifying to have that conviction validated in the past few years as leaders such as the U.S. National Security Agency, Research in Motion and General Dynamics have adopted the technology for their own purposes.

Of course, I haven’t been alone in my fervor for ECC. That point came home clearly during Certicom’s first annual ECC Conference—a personal highlight of 2004.

Held at Toronto’s Four Seasons Hotel in November, the ECC Conference was well-attended by cryptography experts, industry leaders and members of the developer community. Its program was designed to interest both a technical audience and business managers, and in my opinion was immensely successful on both fronts. 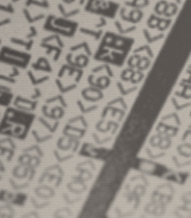 In the minds of many people in the cryptographic community, Dr. Ralph Merkle is the unsung hero of public-key cryptography. In his talk, he offered insight into how he discovered the concept while working on a project for a course he was taking in his senior undergraduate year. The audience was rapt, and I’m certain would have listened to him for hours.

In 1985, Dr. Victor Miller—then at IBM Watson Research Lab—and Dr. Neil Koblitz at the University of Washington independently invented elliptic curve cryptography. Both Dr. Miller and Dr. Koblitz were recognized and honoured at the 2004 ECC Conference for their achievements, and both gave insightful talks about the thought processes leading up to this great discovery. It was indeed a pleasure and a privilege to present each of them with mementos commemorating the occasion.

The conference was also the venue for introducing the first annual ECC Visionary Award. The recipient of this award was Dr. Walt Davis, who recently retired from his position as a senior vice-president at Motorola.

I first met Walt in 1994 and had the opportunity to discuss ECC in some depth with him then. He realized that security was a must for Motorola and that ECC was the only technology that would work in their constrained environments. Shortly thereafter, Certicom and Motorola embarked on a project to design and fabricate a VLSI (Very Large Scale Integration) device to implement ECC. At our conference, Walt talked about his vision for the future, the role that security will play in it, and the need for ECC.

I would like to thank these gentlemen, the other speakers, and all participants for making the conference a great success. I was humbled to be surrounded by so many fine and distinguished people. I look forward to seeing you at the next Certicom ECC Conference, which will be held October 3-5, 2005.